Our current Trustees are:

Rob is a Cognitive Behaviour Therapist with a special interest in obsessional problems. He co-authored with David Veale and Alex Clarke the self-help book Overcoming Body Image Problems including BDD. He first became involved in research on BDD 20 years ago. Currently he divides his time between private practice and conducting research on improving the understanding and treatment of BDD. Rob was indirectly involved in the original launch of the BDD Foundation through his participation in a BBC TV documentary Too Ugly for Love. Rob hopes that the foundation will help to raise a far greater level of awareness of BDD amongst people with the disorder, the general public, and healthcare professionals. He believes that there is a great deal to be done in terms of improving identification/diagnosis, understanding of how serious BDD can be, and that it can be successfully overcome.

Dr Nicole Schnackenberg is a child, community and educational psychologist with lived experience of BDD. She is also a certified yoga teacher and has undertaken extensive training in yoga therapy. Nicole is a facilitator of Eat Breathe Thrive, a yoga programme for food and body image struggles.

David is a Consultant Psychiatrist in Cognitive Behaviour Therapy at the South London and Maudsley NHS Trust and The Priory Hospital North London, where he directs a national specialist service for people with BDD. He is a Visiting Professor at the Institute of Psychiatry, King’s College London. He has co-authored with Rob Willson and Alex Clarke a self-help book on Overcoming Body Image Problems including BDD and with Fugen Neziroglu a treatment manual for BDD for professionals. He was chair of the NICE Evidence Update on OCD and BDD in 2013 and a member of the working group that produced the NICE guidelines on OCD and BDD in 2005. He has been a Trustee of OCD Action since 1993 and was actively involved in organizing user conferences for anxiety disorders for several years. He was a member of the World Health Organization’s International Advisory group for writing the new diagnostic criteria for OCD and related disorders such as BDD. He has been researching BDD for nearly 20 years and has published about 40 scientific and teaching articles in BDD. He was motivated to improve the care of people with BDD after the suicide of one of his in-patients with BDD in 1991. His personal website is www.veale.co.uk

Minnie completed a degree in Fine Art at Central St Martins College of Art and Design, specialising in sculpture. She went on to work as a curator in the east end of London where she organised projects for emerging and internationally acclaimed artists. After a major bereavement she changed course and volunteered at the Phyllis Tuckwell Hospice, assisting in therapeutic art workshops. She facilitates BDD support groups and is passionate about raising awareness for the disorder.

Amoreena is originally from Canada and moved to New York in 1997 to work on Wall Street as an Investment Banker and Trader. She currently lives in London and has a Theatre Production Company, Glimpse Theatre, and is studying to be a counsellor with a primary interest in BDD and anxiety disorders. She has a deep understanding of BDD and the effects and the repercussions it causes. With this familiarity she wants to educate and support others on their own paths to recovery and regaining their lives back from this debilitating disorder.

Kitty is an English and Politics graduate from the University of Exeter. She worked in the fashion industry in the years following. However, a personal experience with BDD fueled a decision to take time out of work and was her motivation to help raise awareness and understanding of Body Dysmorphia. During a particularly tricky time she was inspired to raise money for the Foundation by designing and selling charity Christmas cards. The hope being that awareness will be raised in the process and sufferers will feel less ashamed or misunderstood in their plight. Now a trustee, she wants to continue her fundraising efforts and support the charity in any way she can.

Scarlett grew up mainly in Germany and is bilingual in German and English. She has degrees in Italian and French. Scarlett worked for the Italian Trade Centre in Düsseldorf, Germany before working for American Airlines in various roles at Düsseldorf Airport. She has, over the years, been on various Nursery School and School committees.

Since having children, Scarlett has been a stay-at-home mother of four, one of whom has suffered with BDD since 2010. She has had to fight the NHS system to obtain the treatment her daughter so desperately required. Scarlett has gained an extremely close insight into BDD and the struggles of living with and supporting a BDD sufferer.

Amita is a Consultant Clinical Psychologist and lead for the National Specialist BDD service for young people at South London and Maudsley NHS Trust. She has worked with young people with BDD, OCD and related disorders since 2006. In her clinical role, she leads multi-disciplinary specialist assessments and develops and delivers individually-tailored treatment packages, including intensive, home-based and inpatient treatment, as well as offering consultation and joint work with clinicians around the country. Amita has taught and trained nationally and internationally and engages with media to help increase awareness and understanding of BDD and related disorders. She has authored several books on OCD and BDD and published peer reviewed papers in this field. Amita has worked closely with OCD Action since 2010 as a clinical advisor and has actively been involved in their work for young people.Her ambition is to raise awareness of BDD, increase and facilitate access of mental health services for people who have it and improve treatments. Her hope is to utilise both her clinical role and position as a BDD Foundation Trustee to do this.

Benedetta is a clinical psychologist at the National Specialist OCD, BDD & Related Disorders Service for young people at the Maudsley Hospital. Before completing her doctorate in clinical psychology at the Institute of Psychiatry (King’s College London), she completed her PhD at the same institution, examining neuropsychological deficits and genetic factors involved in BDD and OCD.

Benedetta has gained clinical and research experience with BDD and OCD, having trained and worked at various national BDD and OCD clinics in the UK and USA, including the Centre for Anxiety Disorders and Trauma (CADAT) at the Maudsley Hospital (UK), the BDD Clinic & Research Institute at Massachusetts General Hospital (Boston, USA), and the OCD Institute in Boston (USA), which offers residential treatment for severe BDD and OCD.

Alongside her clinical practice she continues to be actively involved in writing about, and research into, BDD, OCD and Related Disorders. She published a number of peer-reviewed articles on BDD and hopes to help raise awareness of BDD through teaching, media, and research.

After Stuart graduated from Manchester in 1999 and worked for several years in the City as a web designer, his BDD meant not being able to work for a prolonged period. He was eventually treated in the Priory by Professor Veale and later, Doctor Rob Willson and over the last ten years or so has returned to health (but still battles with BDD). Stuart currently runs his own business offering PC Support and web design and is webmaster for the BDDF website. Stuart was part of the charity’s inception in 2006 and helped to re-launch the charity a few years ago. He is very interested in raising awareness of this oft silent illness and is delighted with the way the charity has gone from strength to strength over the past few years. Specific hopes of Stuart’s are that, one day, a BDD information leaflet will be in every GP surgery in the country and that the illness will gain a wider understanding.

Dr Phillips is a physician and scientist who has spent her career caring for patients and conducting scientific research studies on BDD and other psychiatric disorders. She is internationally renowned for her clinical expertise and her pioneering work on BDD. Her research studies on BDD have elucidated many key aspects of this severe disorder; much of her work has focused on finding and developing effective treatments, both medication treatment and cognitive-behavioural therapy (CBT) for BDD. Her scientific studies on BDD were continuously funded by the National Institute of Mental Health for more than 20 years.

Dr Phillips has received numerous honours and awards for her research, clinical work, and other academic contributions, including a Special Presidential Commendation from the American Psychiatric Association for her research studies on BDD. She has published more than 320 original scientific articles, review articles, letters, and book chapters. She has also published six first-authored or co-authored books and five edited books on BDD and other topics, including the first book on BDD, The Broken Mirror: Understanding and Treating Body Dysmorphic Disorder, and the first comprehensive edited volume on BDD, to which BDD experts from around the world contributed (Body Dysmorphic Disorder: Advances in Research and Clinical Practice, published by Oxford University Press in 2017).

Dr Phillips is an elected Fellow of the American College of Neuropsychopharmacology and a Distinguished Fellow of the American Psychiatric Association. She is a member of numerous editorial boards, the American College of Psychiatrists, and the Scientific Advisory Boards of the Anxiety and Depression Association of America and the International OCD Foundation. She serves on the Board of the American Society of Clinical Psychopharmacology, and she is a Director on the Board of Directors of the Canadian Institute for Obsessive Compulsive Disorders. From 2002-2006 she chaired the National Institute of Mental Health’s Interventions Research Review Committee (Scientific Review Group).

For more information about Dr. Phillips and her clinical services please visit https://weillcornell.org/katharine-phillips-md

For more information about Dr. Phillips and BDD visit http://www.katharinephillipsmd.com/

Dr Phillips is the Patron of The Body Dysmorphic Disorder Foundation. 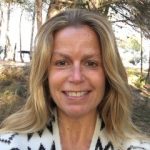 Tracy Northampton is an accredited and qualified Psychotherapist with over 25 years experience in the field of mental health. Tracy has a great interest in the mind, body, somatic connection and is a committed student of yoga.

Tracy became interested in BDD when one of her close relations was diagnosed with the illness while being treated by Professor David Veale and Rob Willson.  She learnt at first hand what it was like having a member of her immediate family suffering from BDD and the devastating effect on everyone.  For the last two years she has raised money for the charity by completing an annual sponsored marathon walk with her sister.

She feels very grateful to the charity for all their support and is delighted to have become a patron of this very worthy cause.  She sees her role as raising awareness of the work of the charity and supporting its activities in whatever way she can.

THEME: 'YOUNG MINDS AND BODY DYSMORPHIC DISORDER: THE ART OF SELF-IMAGE'The BDD Foundation is proud to announce that we will be hosting the third International Conference on Body Dysmorphic Disorder. It will take[...]