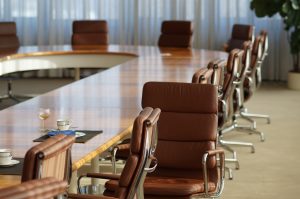 We are proposing to a resolution to amend the Constitution to allow trustees to be reappointed if they have served for over three consecutive terms.  This is important as the BDD Foundation is still in its infancy and needs a core group to carry it through new growth.


3. Report of the Trustees and Financial Statements

Please join us after the AGM for a talk about Body Dysmorphic Disorder by a leading expert in the field and member’s social.

The event is free to attend.  However we are entirely reliant on the generosity of our members so please consider a donation to The BDD Foundation. We are committed to raising awareness and finding more ways to help sufferers and their families. All money raised goes directly to fighting BDD.

It would help us to know numbers so please RSVP via EventBrite by clicking this link: https://www.eventbrite.co.uk/e/the-bdd-foundation-annual-general-meeting-agm-2017-tickets-36357641685

We hope to see you in September!

Unfortunately not, as Canvas Cafe is housed in an old building. The meeting is held in the basement space via stairs with no elevator. Please let us know by emailing amoreena@bddfoundation.org if this presents an obstacle to you attending the AGM.

What are my transport options getting to the event?

There is on-street parking on Hanbury Street, that’s free after 7:30pm. You can also find metered parking just further up Hanbury Street if you drive East from the cafe.

Alternatively, there is a large car park on Brick Lane opposite the gated entrance to the Truman Brewery.  They charge approximately £10 per day.  Exact Location : 91 Brick Lane, E1 6QL. 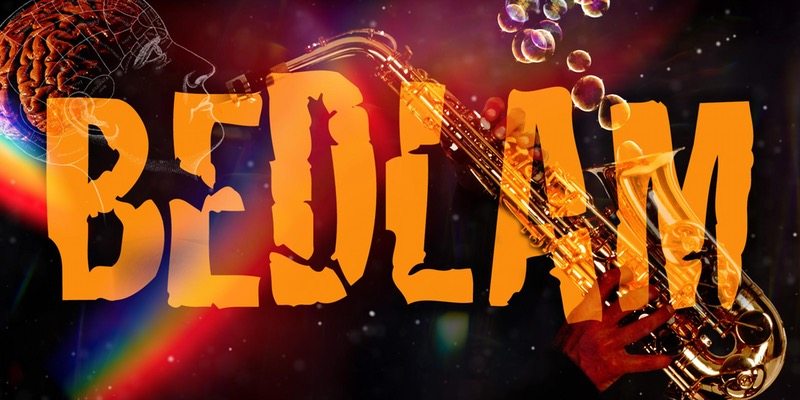 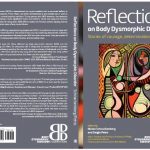 ‘Reflections on Body Dysmorphic Disorder: Stories of Courage, Determination and Hope’ contains the lived experiences of thirty-six people with BDD and their loved ones.

“This is a landmark book – written mostly by sufferers, family members, and carers of those who have struggled with cruel disorder. Their perspective is invaluable, their voices are powerful, and they uniquely understand the experience of BDD”. ~ Professor Katharine Phillips, MD

Now available as an E-Book. Also available in Paperback on Amazon and Lulu.
‘Reflections on Body Dysmorphic Disorder: Stories of Courage, Determination and Hope’ contains the lived experiences of thirty-six people with BDD and their loved ones. Due to be released on the date of the Second International BDD Conference in London on 26th November 2016. Special conference price = £10. Usual retail price = £12.99. Available on Lulu now – click here. Also available on Amazon UK. 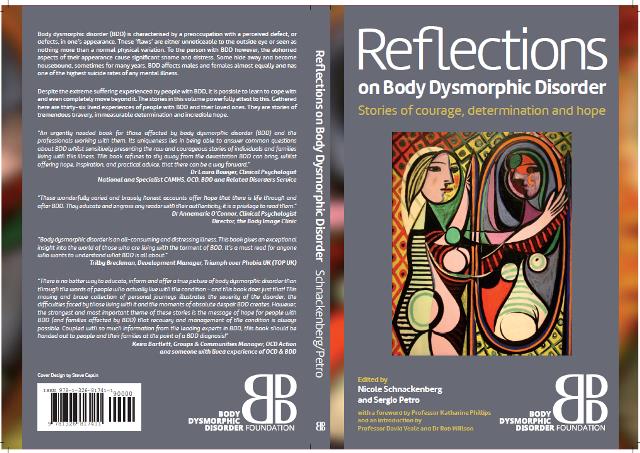 April’s NHS Improvement investigation on patient choice was followed by the announcement earlier this month of the framework/compulsory guidance, “Choice in mental health: how it can work for you”.

It’s hugely significant in giving patients the legal right to a treatment team of their choice.

It means if there any problems following a referral by a GP to a consultant or specialist in mental health, you can immediately go to the commissioner with this document, or go to NHS Improvement directly.

The guidance is relevant for choice of out-patient treatment whether it’s an IAPT provider or a secondary care consultant team. It includes information detailing:

• your right to choose the provider that best meets your individual needs;
• how you can choose any provider of the service you need;
• when your choice isn’t appropriate for your care needs; and
• how your commissioners and healthcare professionals should be proactive in facilitating choice.

Also, “[Patients] can choose providers known for specialist care or tertiary care if they offer the type of service required.” This is relevant to referring patients to Dr David Veale for the OCD/BDD team at the Centre for Anxiety Disorders and Trauma (CADAT) at the Maudsley Hospital.

There’s also now an out-patient service for compulsive skin-picking/trichotillomania and tics at the Anxiety Disorders Residential Unit at the Bethlem Royal Hospital (as far as The Foundation is aware, the only specialist service for this).

We think this new policy may encourage others to develop more specialist services in OCD/ BDD so this is hugely welcomed and clearly very good news. 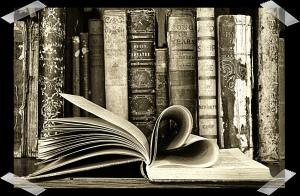 The BDD Foundation are currently working on compiling a book about people’s experiences of living with BDD. The desire is to provide people who are struggling with a sense of hope and some practical advice on how to manage and even move beyond the distressing symptoms and behaviours related to their BDD. We need your help in order to make this vision a reality. Please consider contributing your story, which can be anything from a few hundred to a few thousand words. In this way, we can turn our difficult experiences into positive action for others. If you are interested, please contact Nicole on nicole@bddfoundation.org or Sergio at sergio@bddfoundation.org and we will provide you with further details. Contributions can be anonymous if you wish and you will retain full editorial rights and final approval. Thank you for helping us to support people with BDD and their loved ones in this way.

A selection of beautiful Christmas cards by the designer Kitty Wallace is now available to purchase directly from Kitty’s site. The cards feature three different but equally eye-catching designs shown above and are available in various pack sizes ranging from 10 to 100. They can be bought in packs of a single design or as an assorted selection.

The cards are available at: https://www.etsy.com/shop/KittyWallaceDesigns?ref=l2-shop-info-name

All the proceeds from the cards go to the Body Dysmorphic Disorder Foundation.
Thank you for supporting us. 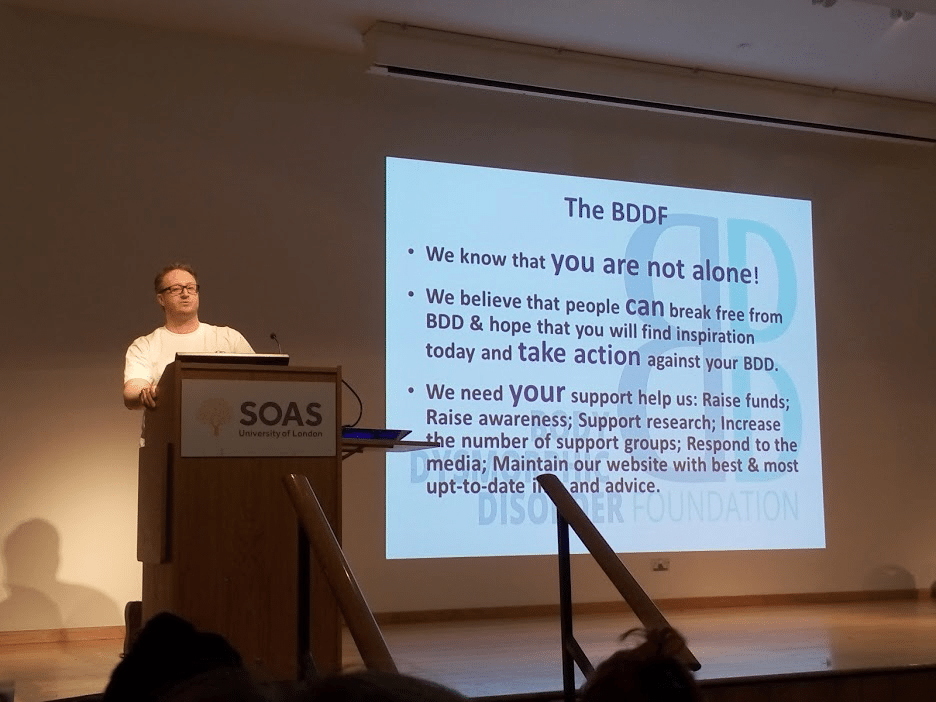 The BDD Foundation is very proud to announce plans to host the first ever conference aimed exclusively at people with BDD and their families. It will take place on Saturday 30th May 2015 and will be located at a venue in central London. Save the date.

The BDD Foundation was asked to consult and advise on a new production of the play Kafka v Kafka, centred on the complex relationship between the main protagonist Franz Kafka and his overbearing father figure. It is widely accepted but not well known that Kafka almost certainly suffered from BDD, and the Foundation was able to offer the director and the actor playing Kafka some valuable insight into living with the condition, and how this may have contributed to the way Kafka saw and related to the world. The producers are keen to explore this element and influence on one of the twentieth century’s most influential and gifted writers, as well as shed light on this often misunderstood and devastating disorder, and the Foundation is proud to have contributed.

An entire page of the programme is dedicated to BDD and the BDD Foundation:

“An interesting window into Kafka’s complex mind may be offered by the less recognised possibility that he probably suffered from a condition known as Body Dysmorphic Disorder (BDD). Quotes and sources suggest as much, and perhaps it is one reason he chose to metamorphose into a beetle rather than a unicorn in his most famous work. Simply put, he felt a hidden ugliness; his internal mirror was broken.
More prevalent than anorexia, BDD is a sometimes serious mental health condition characterised by a debilitating obsession with perceived defects in appearance. Sufferers are not vain, but instead will retreat into self-loathing, withdraw from social life, and, tragically, many take their own lives.
The BDD Foundation is a charity originally conceived by Ruth Ryan (who took part in a BBC documentary on BDD in 2006), and subsequently resurrected and relaunched in 2013. The BDDF is devoted exclusively to alleviating the often silent suffering of those afflicted by the condition through raising awareness, providing information and support to people struggling with BDD, facilitating the creation of a mutual support network among sufferers and carers around the world, and contributing to a better appreciation and understanding of the condition by advising the media on presenting information to the public.

The play runs from 4th November to 16th November at the Etcetera Theatre on Camden High St.

Webinar Series from the BDD Foundation to provide extra support during this difficult time.  Please read our Newsletter to see what's coming up this month:Our Newsletter[...]