There are many famous people who may had BDD. The evidence for BDD is described below. 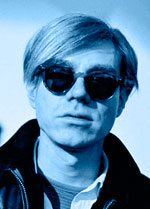 Andy Warhol (1928-1987) may have had BDD. The pop artist, who put Campbell soup cans and coloured photographs of Marilyn Monroe in museums, was very self-conscious and preoccupied by “redness” on his nose.

In his autobiography (Warhol, 1975) he reveals, “I believe in low lights and trick mirrors. A person is entitled to the lighting they need.” (p.51).  “At one time, the way my nose looked really bothered me – it’s always red – and I decided that I wanted to have it sanded… I went to see the doctor and I think he thought he’d humour me, so he sanded it and when I walked out of St Luke’s Hospital, I was the same underneath but had a bandage on” (p.63). “If I didn’t want to look so bad, I would want to look plain. That would be my next choice” (p.69).

Carl Withers, who became his lover in 1952, confirmed in an interview “he was incredibly self-conscious and had such a low opinion of his looks; it was a serious psychological block with him.” His concern with his nose is reflected in one of his early works “Before and After”, which is an advertisement for a rhinoplasty and can be seen in the Metropolitan Museum of Art in New York. 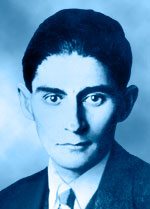 Franz Kafka (1883–1924), author of Metamorphosis, may have had BDD. His diaries tell us how he hated himself and his appearance:

“I didn’t want any new clothes at all; because if I had to look ugly anyway, I wanted to at least be comfortable. I let the awful clothes affect even my posture, walked around with my back bowed, my shoulders drooping, my hands and arms all over the place. I was afraid of mirrors, because they showed an inescapable ugliness” (Brod, 1995). 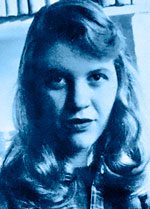 Sylvia Plath (1932–63), the poet and novelist, is well known to have had depression and indeed committed suicide. However less well investigated is whether she might have had BDD. She was an attractive woman, but in her autobiography, Plath (2000) wrote:

“My face I know not. One day ugly as a frog the mirror blurts it back: thick-pored skin, coarse as sieve, exuding soft spots of pus, points of dirt, hard kernels of impurity – a coarse grating. No milk-drawn silk. Hair blued with oil-slick, nose crusted with hair and green or brown crusts. Eye-whites yellowed, corners crusted, ears a whorl of soft wax” (p. 306).

“I shiver, chilled, the grave-chill against the simple heat of my flesh: how did I get to be thick big, complete self, with the long-boned span of arm & leg, the scarred imperfect skin?” (p. 328). 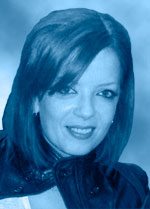 Shirley Manson, the lead singer in the pop group Garbage, states in a magazine interview that she had a history of BDD:

“I always turned up five hours late because I’d be fussing about my hair and make-up. I would change into a million different outfits, and make them change the lighting a million times, I would spend two hours crying in the toilet – and whatever the result, I always thought I looked disgusting. I would look in the mirror every morning and be upset. I would get dressed and look in the mirror again, and be upset. It could be anything; I could be too fat, too thin, too flat chested. My hands were not long enough, my neck was too long. My tummy stuck out, my bum was too big… It was driving me crazy and I was wasting energy – precious energy – that I should have been putting into my music or my family or friends”. 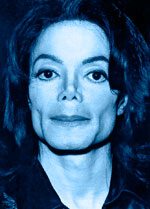 Michael Jackson probably had BDD (as well as many other emotional problems). He is famously known for his extra-ordinary amount of cosmetic surgery (and indeed denial of having had cosmetic surgery.)

He had had an abusive childhood from his father and developed an addiction to pain-killer drugs and sedatives which ultimately led to his death.