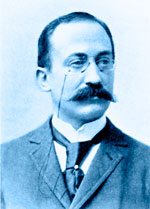 BDD was first described by an Italian psychiatrist, Enrico Morselli, as “dysmorphophobia”, in 1891. The term was derived from the word “dysmorphia”, a Greek word meaning misshapenness or ugliness. Dysmorphia first appeared in the Histories of Herodotus, referring to the myth of the “ugliest girl in Sparta”. Morselli wrote in his paper:

“As the result of some observations I have made in recent years, I propose to add two new and previously undescribed varieties to the various forms of insanity with fixed ideas, whose underlying phenomenology is essentially phobic.  The two new terms I would like to put forth, following the nomenclature currently accepted by leading clinicians, are dysmorphophobia and taphephobia.

The first condition consists of the sudden appearance and fixation in the consciousness of the idea of one’s own deformity; the individual fears that he has become deformed (dysmorphos) or might become deformed, and experiences at this thought a feeling of an inexpressible disaster… The ideas of being ugly are not, in themselves, morbid; in fact, they occur to many people in perfect mental health, awakening however only the emotions normally felt when this possibility is contemplated.

But, when one of these ideas occupies someone’s attention repeatedly on the same day, and aggressively and persistently returns to monopolise his attention, refusing to remit by any conscious effort; and when in particular the emotion accompanying it becomes one of fear, distress, anxiety, and anguish, compelling the individual to modify his behaviour and to act in a pre-determined and fixed way, then the psychological phenomena has gone beyond the bounds of normal, and may validly be considered to have entered the realm of psychopathology.

The dysmorphophobic, indeed, is a veritably unhappy individual, who in the midst of his daily affairs, in conversations, while reading, at table, in fact anywhere and at any hour of the day, is suddenly overcome by the fear of some deformity that might have developed in his body without his noticing it.  He fears having or developing a compressed, flattened forehead, a ridiculous nose, crooked legs, etc., so that he constantly peers in the mirror, feels his forehead, measures the length of his nose, examines the tiniest defects in his skin, or measures the proportions of his trunk and the straightness of his limbs, and only after a certain period of time, having convinced himself that this has not happened, is able to free himself from the state of pain and anguish the attack put him in.

But should no mirror be at hand, or should he be prevented from quieting his doubts in some way or other with rituals or movements of the most outlandish kinds, the way a rhypophobic who cannot get water to wash himself might, the attack does not end very quickly, but may reach a very painful intensity, even to the point of weeping and desperation.” 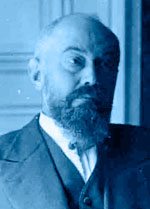 The next major historical reference to “dysmorphophobia” was by the French psychiatrist Pierre Janet, who described a woman who was housebound for 5 years.  He considered the diagnosis to be part of an obsessive compulsive neurosis which he described as “l’obsession de la honte du corps” (“obsessions of shame of the body”).

His description includes the first possible use of behaviour therapy but without any shared understanding or negotiation of goals! “This 38 years old lady presents with a ridiculous preoccupation: she believes she has a moustache. It is important to note that this patient’s mother was authoritarian and expected a lot from her daughter who is weak, shy and ashamed of herself.

Her upbringing was strict and she was so terrified of criticism that she attempted suicides many times. She is now married and experiencing problems with her neighbours who are argumentative: “I fear my neighbours and I do not have the strength to argue with them”. “How could I approach my neighbours with this hairy face, they would ridicule me and this will show I am inferior”.

These thoughts are accompanied with anxiety crisis and agitation. She also imagines her neighbours shouting “Hairy, hairy!” and becomes very distressed. This young lady has recovered rapidly, from a treatment dictated by her husband under our instruction. Treatment consisted of motivational and attention exercises to combat her shyness”. 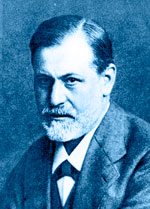 Freud and subsequently Brunswick described the most famous case of BDD known as the “Wolf Man” who was preoccupied by imagined defects of his nose. The Wolfman was a Russian aristocrat who had a recurrent dream of white wolves sitting staring at him from the bare branches of a tree outside his bedroom window in winter. The interpretation was that his nose represented his penis and that he desired to be castrated and made into a woman.

The relevance of the dream to his symptoms is not clear to us but there is an excellent description of BDD. Brunswick describes how by the time the Wolf man came to her for analysis: “he neglected his daily life and work because he was engrossed, to the exclusion of all else, in the state of his nose. On the street he looked at himself in every shop window; he carried a pocket mirror, which he took out every few minutes.

First he would powder his nose; a moment later he would inspect it and remove the powder.  He would then examine the pores, to see if they were enlarging, to catch the hole, as it were, in its moment of growth and development. Then he would again powder his nose, put away the mirror, and a moment later begin the process anew. His life was centred on the little mirror in his pocket, and his fate depended on what it revealed or was about to reveal.”

The maid who opened the door in her apartment was afraid of him because as she said, “He always rushed past her like a lunatic to the long mirror in the poorly lighted reception hall. He would not sit down and wait like other patients, to be admitted to her office; he would incessantly walk up and down the small hall, taking out his mirror and examining his nose in this light and that. It was in this condition that he began his analysis.”

There is an interesting post-script to this account as the Wolfman described his experience of analysis with Freud and Brunswick. He constructed his own behavioural programme when he says in his autobiography: “I gathered all my strength, stopped looking in the mirror, and somehow overcame these ideas in a few days….I took a stand against psychoanalysis and made a decision of my own. Stop thinking about your nose! It was much greater success than with Freud because I rejected transference”. If only overcoming BDD was this easy! At least with this and other historical cases, we can be confident that BDD is not just a phenomenon of modern society and its apparent preoccupation with appearance. 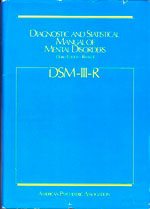 The diagnosis of BDD in DSM

Dysmorphophobia was first described in the American Diagnostic and Statistical Manual of DSM III in 1980 as an example of an “atypical somatoform disorder” without any diagnostic criteria.

The term “Body Dysmorphic Disorder” was first used as a diagnosis in DSM III-R in 1987 and has continued in future editions. The new term was justified on the grounds that there was no phobic avoidance of a physical defect. However, most BDD patients often exhibit some phobic avoidance of certain situations or activities that were anxiety provoking. The term “dysmorphophobia” is now generally falling into disuse. It is still sometimes used in the European literature. The International Classification of Diseases (ICD-10) of the World Health Organization described “dysmorphophobia” as an example of hypochondriacal disorder and did not regard it as a separate diagnosis.

The latest edition of the DSM (5th edition) has retained the diagnosis of BDD in a new section of “Obsessive Compulsive and related disorders”. It is no longer possible to double code the diagnosis of BDD with Delusional Disorder. Instead one can classify BDD with varying degrees of insight. The revised ICD11 of the World Health Organization will however have similar classification of BDD to DSM5 and it will be recognized as a separate diagnosis.