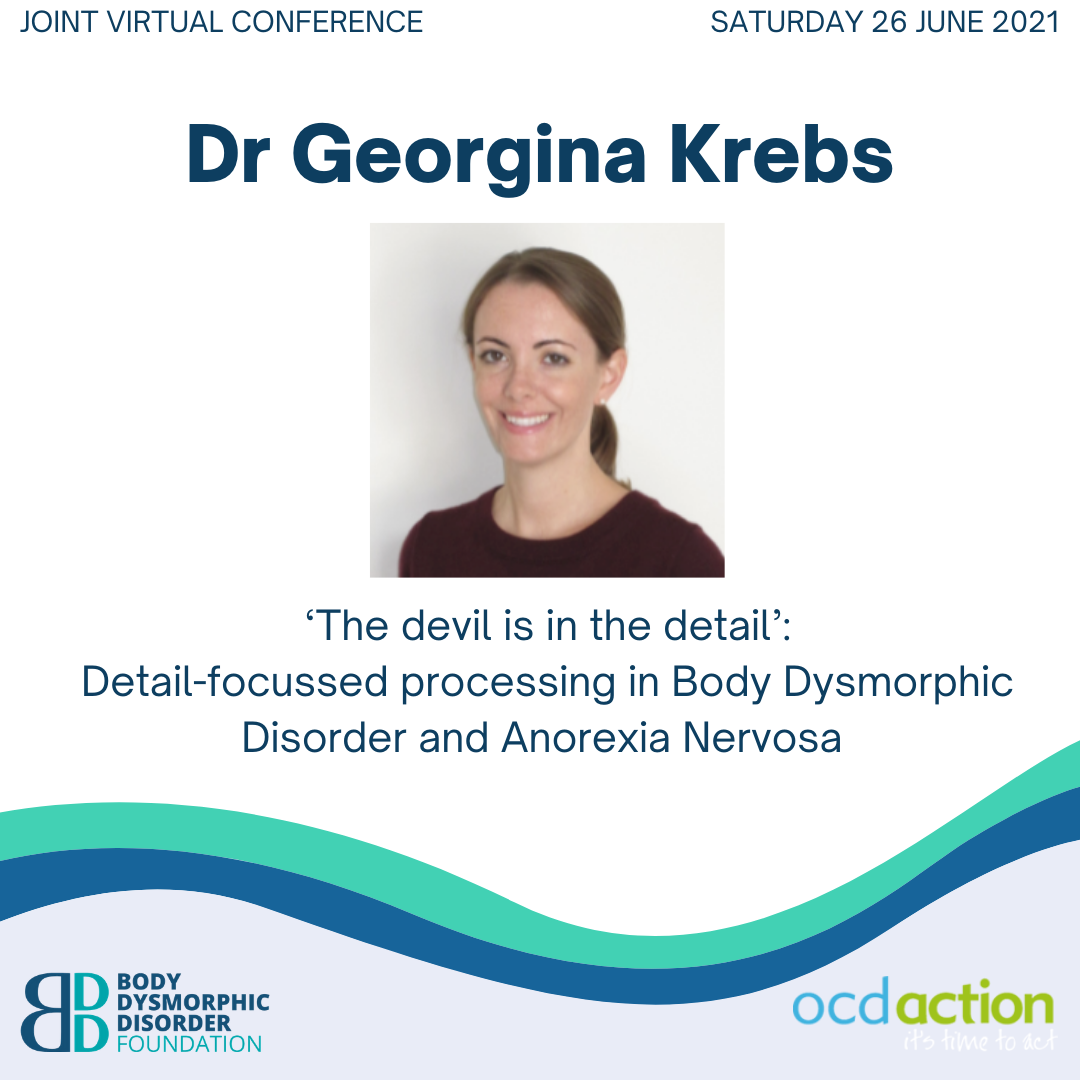 Body dysmorphic disorder shares many features with eating disorders, such as anorexia nervosa. Previous research has found that people with anorexia nervosa show a tendency to focus on detailed features within visual images, and this means that they sometimes struggle to see ‘the bigger picture’. This is an important issue because a detailed-focussed processing style could fuel appearance concerns and poor body image. In this talk I will summarise our recent research looking at whether body dysmorphic disorder, like anorexia nervosa, is linked with this detailed-processing style. I will also discuss potential implications for treatment and recovery.

Raise money for us by taking part in Nightrider

Parliamentary Inquiry on the impact of body image on mental health

The Mirror shines a light on BDD

‘The devil is in the detail’